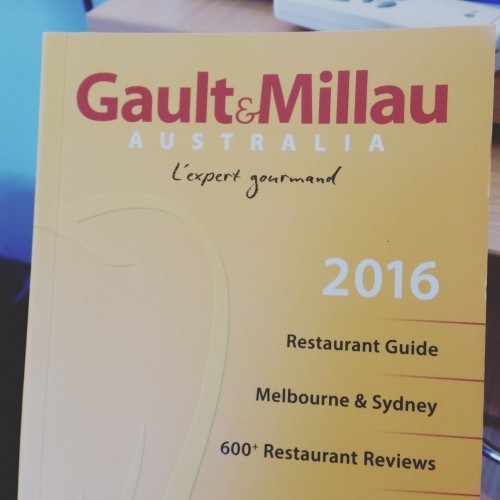 Tuesday 10 November: Mr Côme de Chérisey, President of Gault&Millau France presented the Gault&Millau Australia 2016 Melbourne & Sydney Restaurant Guide to over 300 of Sydney and Melbourne’s best chefs, restaurateurs, sommeliers, industry professionals and media who gathered for ‘A Night in Paris’ to celebrate the launch of the third edition at Sydney’s Museum of Contemporary Art.

Mr de Chérisey said, “Australia is truly a culinary country which is deservedly recognised as one of the world’s favourite dining destinations. With passionate local producers mixed in with incredible talent and a market who loves to dine, Australian restaurants can be proud of their reputation on the global stage”.

Over 600 restaurants across Sydney and Melbourne have been reviewed according to Gault&Millau’s international standards and awarded between one and five hats.

Gault&Millau Australia’s Chief Judge, Mark Dorrell said, “Since launching in Australia in 2014 we have grown our distribution by 100% — proving that Australia wanted another opinion. We have the right mix of produce, culinary talent and creativity to make Australia one of the world’s best dining destinations”.

This year saw the launch of the anticipated Gault&Millau Australia awards and the winners in 2015 are: